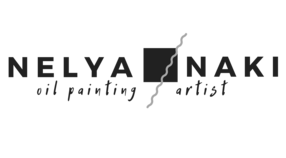 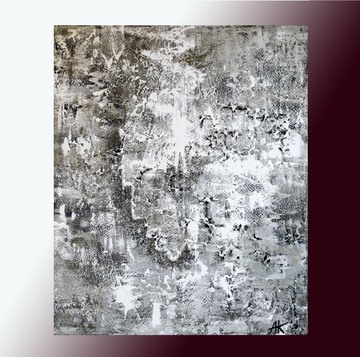 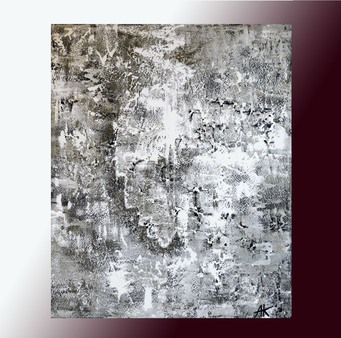 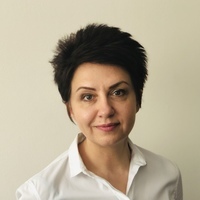 Prior to the beginning of the artist's career, I worked for more than 20 years at the international pharmaceutical company in Siberia. I have gained a great experience of communication with people of different ages and status (from young employees to professors and directors of clinics). This experience now helps me explore and display the emotions of people on my canvases.
​
I dreamed of living in Prague since 2013 and five years later I left my job and moved with my family to this most beautiful and mystical city. Here I began my path as an artist.

My artworks were presented in the Agora Gallery (Chelsea, New York).

Siberia is my homeland. Who was there in the winter, never forgets the vastness and purity of the snowy expanses. And, as a contrast, concrete structures rise among snow. This magic remains with you for the rest of your life. I want to convey it in my canvases.


"You know, you think of Siberia, and it's more a construct of the mind than it is a place on the map, but it is very much a place on the map. It's just not a specific place. No place is called -officially called Siberia. There's no state called Siberia. But it has always existed as this mythical place, and I've always been fascinated with places that are both mythical and real, that you can go to but also have this mythic component." IAN FRAZIER

​My grandmother was an Altai healer (Altai is a part of Siberia). My father told me something from his childhood. When he was a little boy there were always other children in their house who my grandmother treated for stuttering. And I feel a certain energy that leads me. I think this is the inheritance of my grandmother, transmitted through the love of my father. I dedicated one of my paintings to her.

Having received the education as a children's doctor, I pulled out a happy life ticket and I began to work for an international pharmaceutical company. Sales, conferences, business trips, reports, business plans, fails and successes, stability and confidence in the future ... It has been for 20 years in such a way. Excellent school of life, without it, the maturity does not come.

But a few years ago, the inner voice firmly and insistently demanded a step into a new life. It was fearful. I resisted. I strongly stuck on  stability. However the universe inexorably pushed me. At first, timidly, then considerably, I began to dive into myself, to hear my inner voice, which I had run for years from. And as soon as I allowed myself to talk to myself, I felt an angel on my shoulder - everything began to take shape in one amazing puzzle: leaving work, moving to the Czech Republic, getting unbridled passion for painting ... I reflected this process in my canvas “The Illusion of Safety”.

When creating my paintings I use my own technique, which was born from my desire to combine the technicality and rudeness of modern concrete surfaces with the purity of Siberian nature. As you can see, the beauty of undressed concrete covered with snow is revealed on every canvas.
And if you look carefully, each work has its own history, soul, emotion, idea. But it will open only to the attentive viewer.
And often viewers see more than what the author shows. New faces, new stories appear, and this is great,
the viewer can also feel himself like the author of the canvas. Every viewer can find a particle of himself.

It is very important to view the paintings from a distance. Then the individual strokes are collected in a single image.

There are billions of people in the world. Some of them have already plunged into a conversation with themselves, but most are afraid of this conversation, running from it, not understanding why life is hitting harder and harder and no happiness comes.

And here, once, having heard music, having seen a picture, a film, a sculpture, one of us has a heartbeat. We want to talk to ourselves and find light and peace inside.  But no! Persistently chasing ourselves to earn money, to fulfill duty, role, to serve... Until the next moment of meeting with your personal catalyst. Until the next moment of keen desire for happiness.

What is art? Those works that make you wake up. Great happiness for the artist, if his work increases the number of consciously happy people.

The artwork “The ban on breathing”, presented in the Agora Gallery, became a finalist and then one of the winners of the annual Gateway International Painting Competition 2018-19.

"There are powerful textural shapes, positive and negative spaces, yet it is so subtle. Beautifully conceived and rendered."
Judge and Category: Valerie Kent, Abstract Professional
"The artist engages the viewer immediately with the impact of contrasts: lights against darks, smooth textures against rough, organic shapes punctuated by geometric. We are invited on a journey of exploration, to move through this painting, to discover what is behind these shapes. The dark images appear to be floating--another contrast against the solidity at the lower portion of the composition. Nelya-Naki‘s technique creates an almost musical rhythm that results in a compelling story. Our curiosity is piqued on so many levels and we are left with a desire to see more."
Annual Competition Judges: Art Professionals Kathy Duley, and Linda Corderman

And after successfully participating in the competition, I became a member of the team of judges of The Gateway International Painting Competition.

After successfully participating in this competition, the World Wide Art Magazine included the publication about the work of the artist Akimova Nelya. 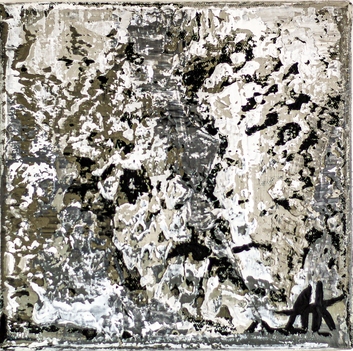 "The splitting of personality."
Size 20x20 cm, oil, canvas.
In each of us there is a man and a woman, a youngster and a crone.
Who is looking at you in the mirror today? 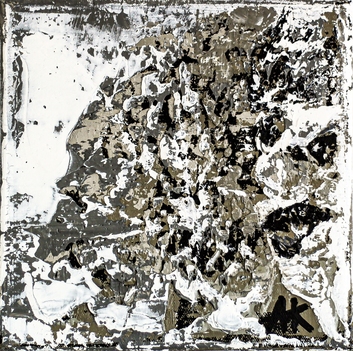 "Breaking the world into fragments, feeling delight."
Size 20x20 cm, oil, canvas.
What drives villains, terrorists, dictators?
What delight of madness do they experience destroying the world? What are they hoping for? 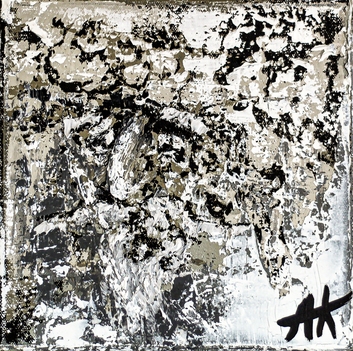 "The Genie from a bottle."
Size 20x20 cm, oil, canvas.
People have been waiting for years for an old, wise, understanding wizard who will come, protect, reassure, and gift. And only real sages understand that such a genie already exists inside each of us, like in a bottle.
And someone will keep him locked up
for all his life. 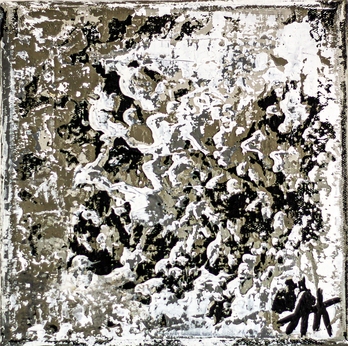 What is he, the lord of terrible winds, tsunamis, hurricanes, forest fires? Why does he look so much like the ruthless Genghis Khan?

"The look of a madman."
Size 20x20 cm, oil, canvas.
Madmen are only illuminated by their truth, their guesses. No one can convince them. Their gaze is full of suspicion. They are everywhere.

"The tree of desires."
Size 20x20 cm, oil, canvas.
Only the most daring birds bringing desire fly from branches of this tree… 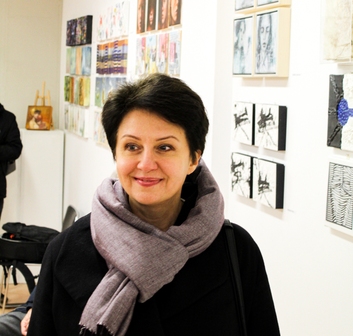 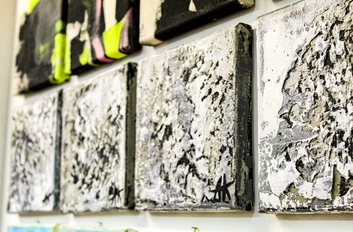 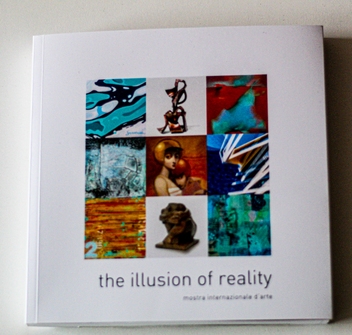 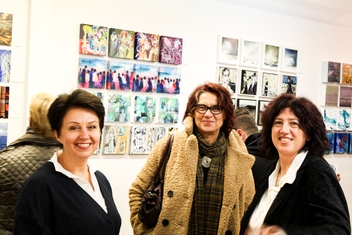 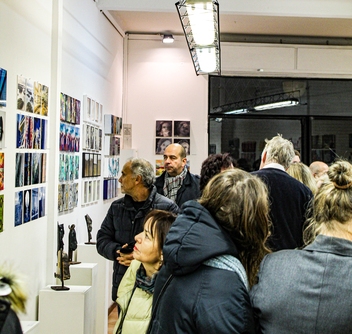 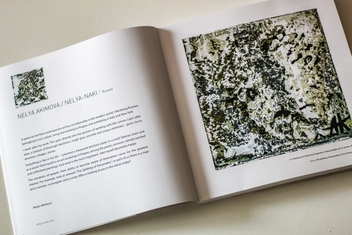 - Alla Prima, when one paint is applied to another, without waiting for the previous layer to dry
(among the famous artists who painted alla prima were John Singer Sargent, Claude Monet, Vincent Van Gogh);

(a painting technique where two different colors are mixed together when they are wet,
giving a smooth transition from one color to the other);

- Impasto (a technique of applying large brush strokes and palette knife and other tools);

-and also, the old technique Grisaille (a monochrome painting executed entirely in different shades of gray or a grayish tone).

- Alla Prima, when one paint is applied to another, without waiting for the previous layer to dry
(among the famous artists who painted alla prima were John Singer Sargent, Claude Monet, Vincent Van Gogh);

- Blanding (a painting technique where two different colors are mixed together when they are wet,
giving a smooth transition from one color to the other);

- Impasto (a technique of applying large brush strokes and palette knife and other tools);

-and also, the old technique Grisaille (a monochrome painting executed entirely in different shades of gray or a grayish tone).

This site uses cookies to optimize the efficient provision of services in accordance with the rules for the use of cookies.

This site uses cookies to optimize the efficient provision of services in accordance with the rules for the use of cookies.